A moment to explore Japanese aesthetics

Japan is a country that is known for its refined artistic traditions, which offer profound insights into the nation’s culture. But without a proper guide, it can be difficult to truly understand the nuances that lie behind these traditions. To help give members of the Azabu Gardens community a deeper appreciation of Japanese art and culture, a pair of workshops that delved into two of Japan’s most beloved art forms were held in March. 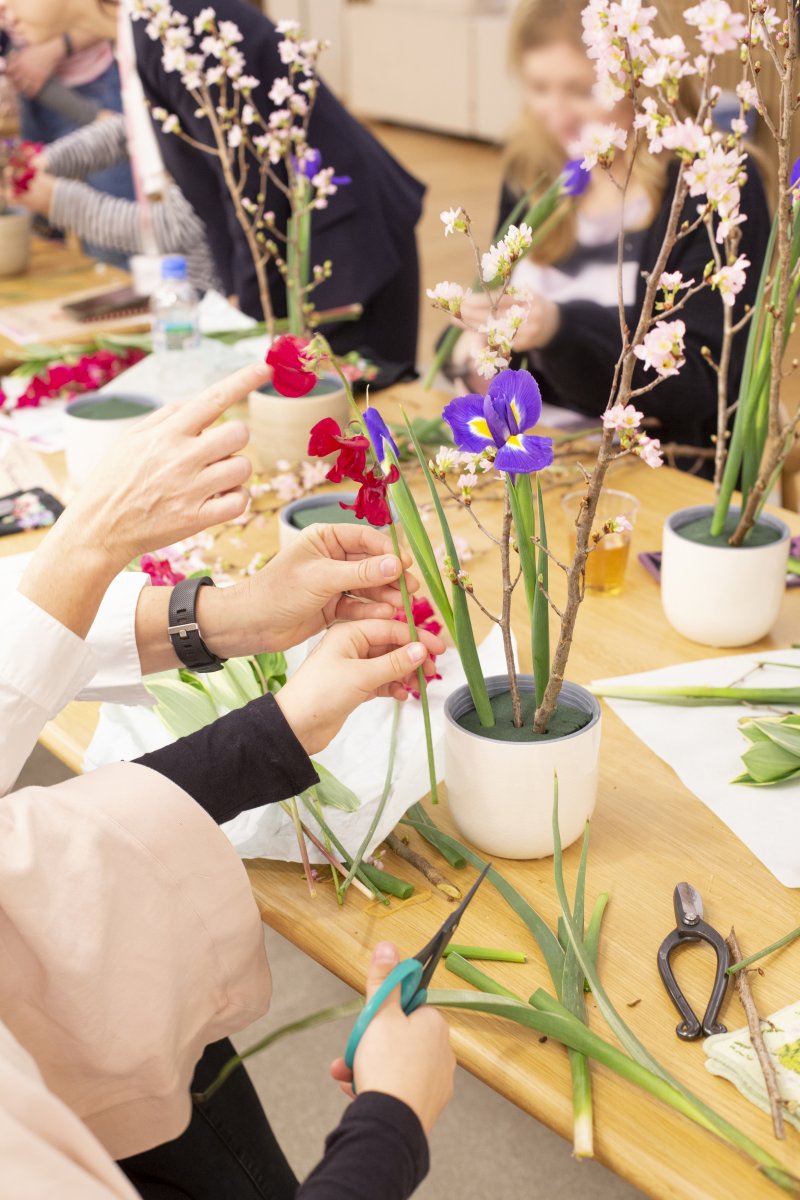 The first workshop was for ikebana, the Japanese art of flower arranging, which has been practiced for centuries. Traditional ikebana arrangements are known for their minimalist approach, but the workshop went in a different direction, allowing each of the participants to put a unique twist on their creations. Since ikebana expresses the beauty of flowers of each season, cherry blossoms were provided for the participants to work with. Along with the cherry blossoms, flowers with purple and red hues were carefully placed in the arrangements. The instructor moved around the room, explaining the finer points of ikebana to each student, who chatted cheerfully with each other while working on their pieces. Everybody was all smiles, while they enjoyed choosing flowers and different lengths of cherry branches, creating their own individual works of floral art. It is an understatement to say that the workshop was a colorful success!

The second workshop introduced Azabu Gardens residents to the world of ukiyo-e, a genre of Japanese prints and paintings that reached the height of their fame from the 17th to the 19th centuries. During the workshops, participants were given a base sketch—a cat with a cloth collar—to which they later added lines and colors using a fude, or Japanese brush pen. Because it was everyone’s first time using a fude, it was a great learning experience. And although each participant received the same base sketch, no two paintings were the same! One participant said that the workshop made her think about taking a series of art classes. Meanwhile, a father and his two daughters proudly showed off the pieces they had created. 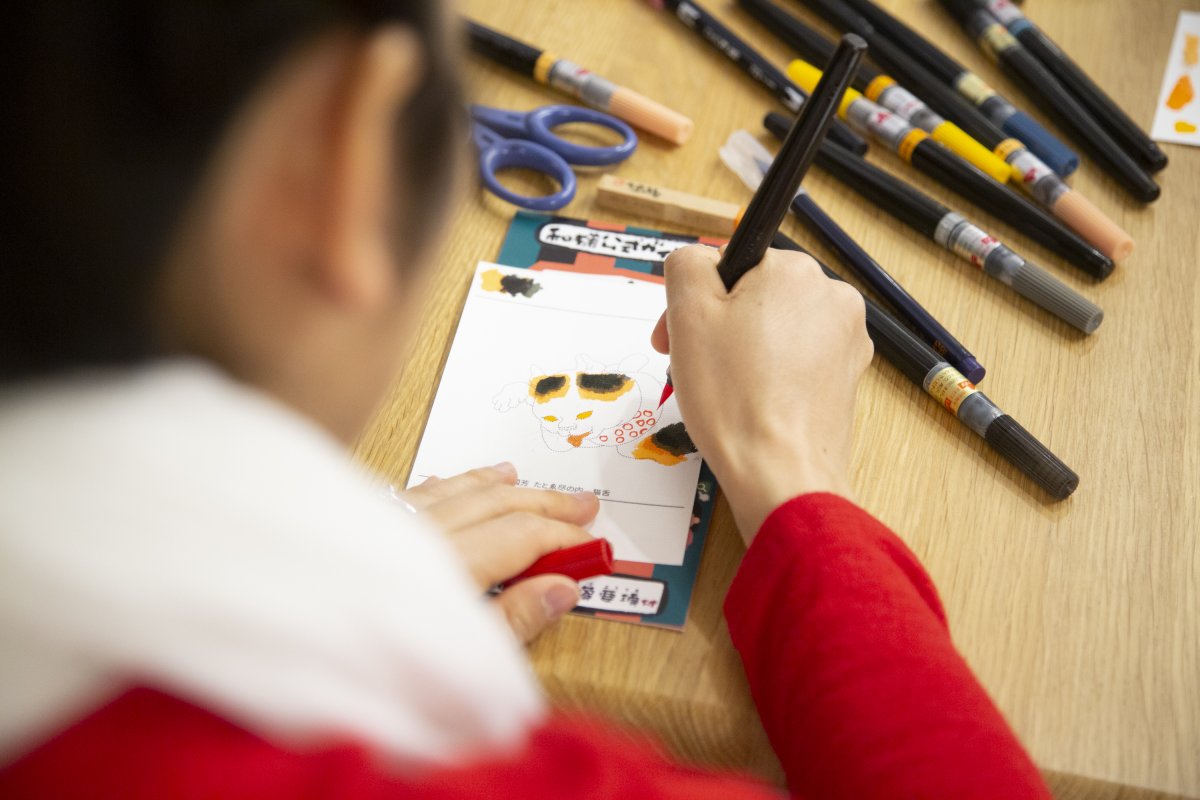 The ukiyo-e instructor remarked: “There are differences in Western culture and Japanese culture when it comes to understanding art. In Japanese arts, for example, blank space completes the art pieces, while in Western culture, it is more common to color the whole canvas. In today’s class, these different approaches led to so many different pieces of art.”

After each workshop was finished, participants took their artwork home with them, and from looking at the finished pieces, it was clear to see that the Azabu Gardens community is filled with artistic talent! 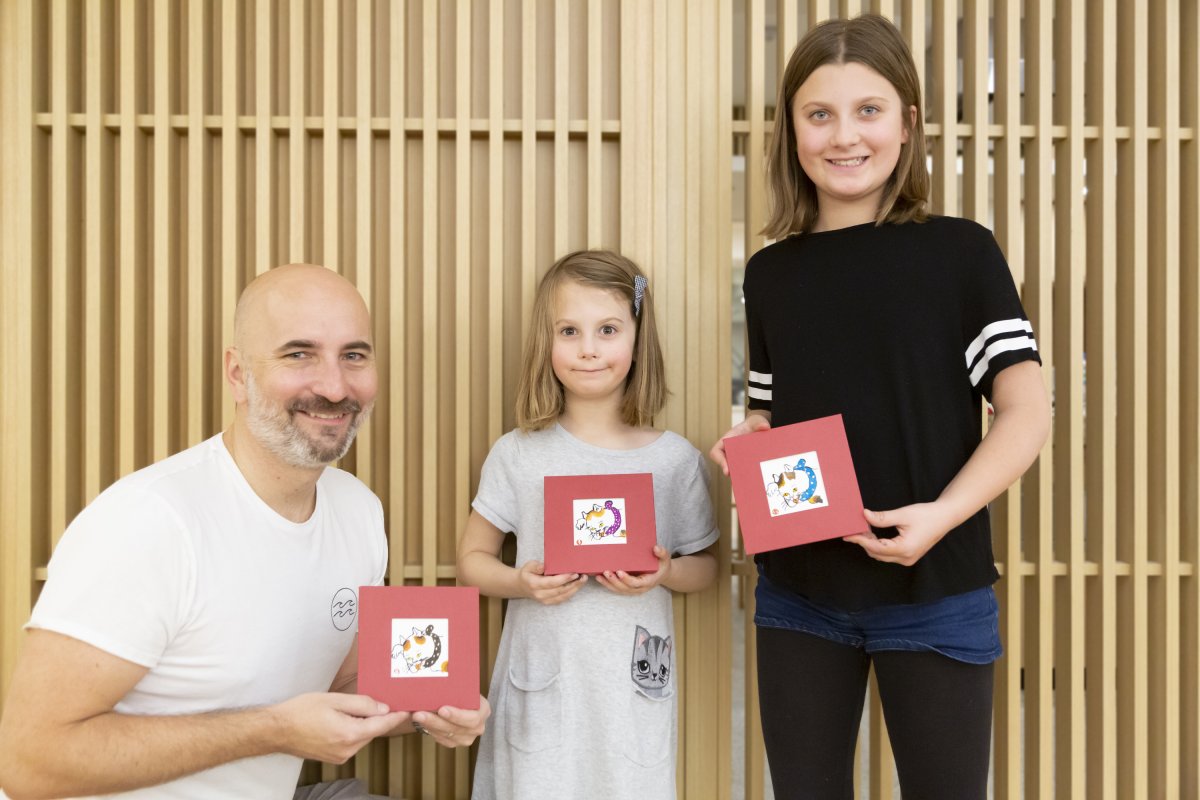