What to do when it rains on your barbecue? Bring it inside and have a great time anyway. That was the (perfectly executed) plan for Azabu Gardens’ late summer barbecue, and it couldn’t have gone better, rain or shine. 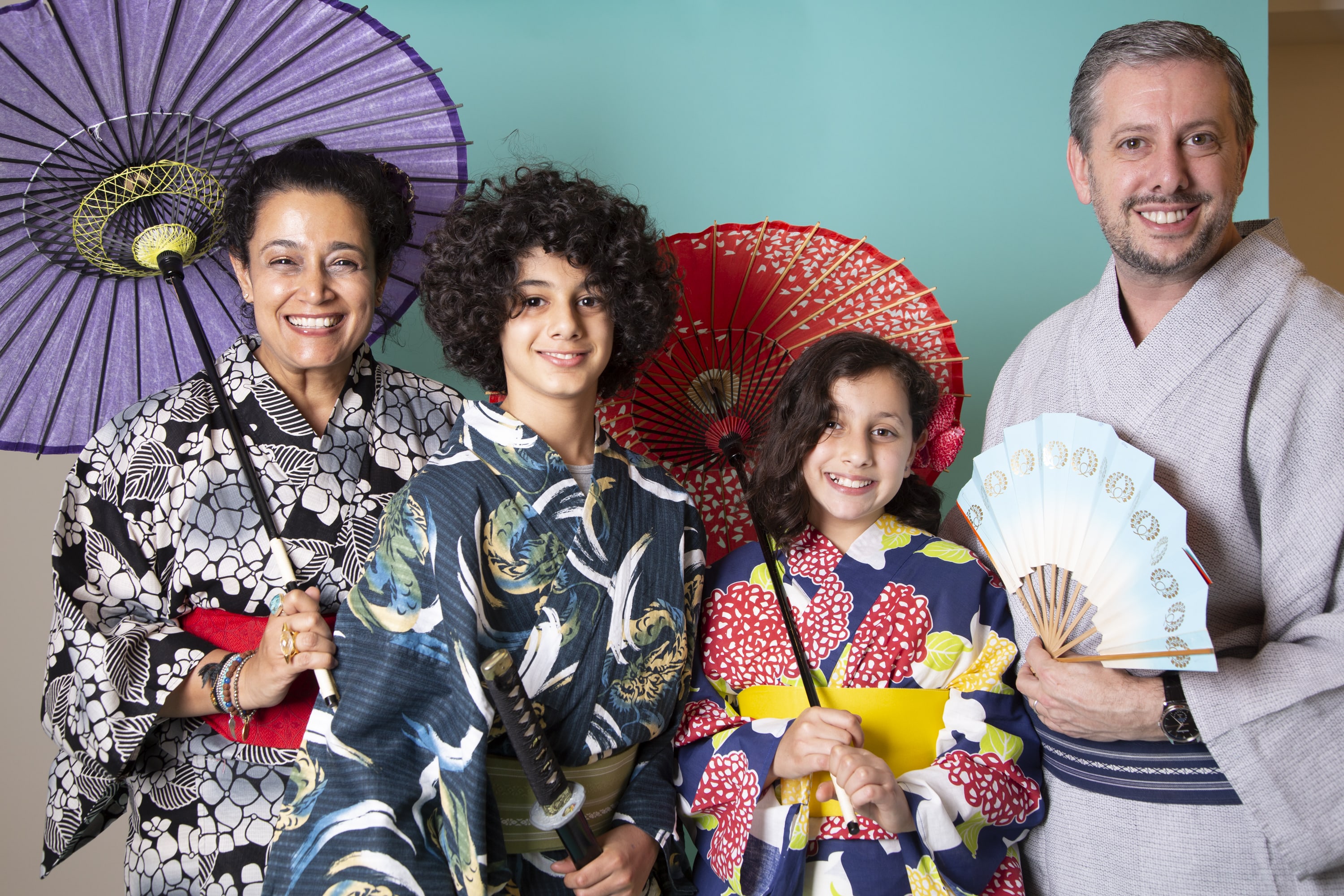 The festivities started in the Club Lounge, where one corner had been turned into a photo studio. In keeping with the late summer theme, residents could borrow yukata—a lighter version of the kimono that is worn in warm weather—and pose for happy group pictures. Decked out in the traditional Japanese garments, and holding accessories such as fans and paper umbrellas, the families looked simply fantastic.

While the photos were being snapped, there was some magic being worked in the kitchen, as the team from the popular Azabu-juban eatery Soul Food House was putting the finishing touches on a stupendous selection of popular American comfort food: Moist and meaty ribs, sausages, and sliders, classic mac & cheese, fluffy and buttery baked potatoes, and a healthy selection of colorful salads. For dessert, what else but fresh brownies and waffles topped with syrup, chocolate syrup, or whipped cream? 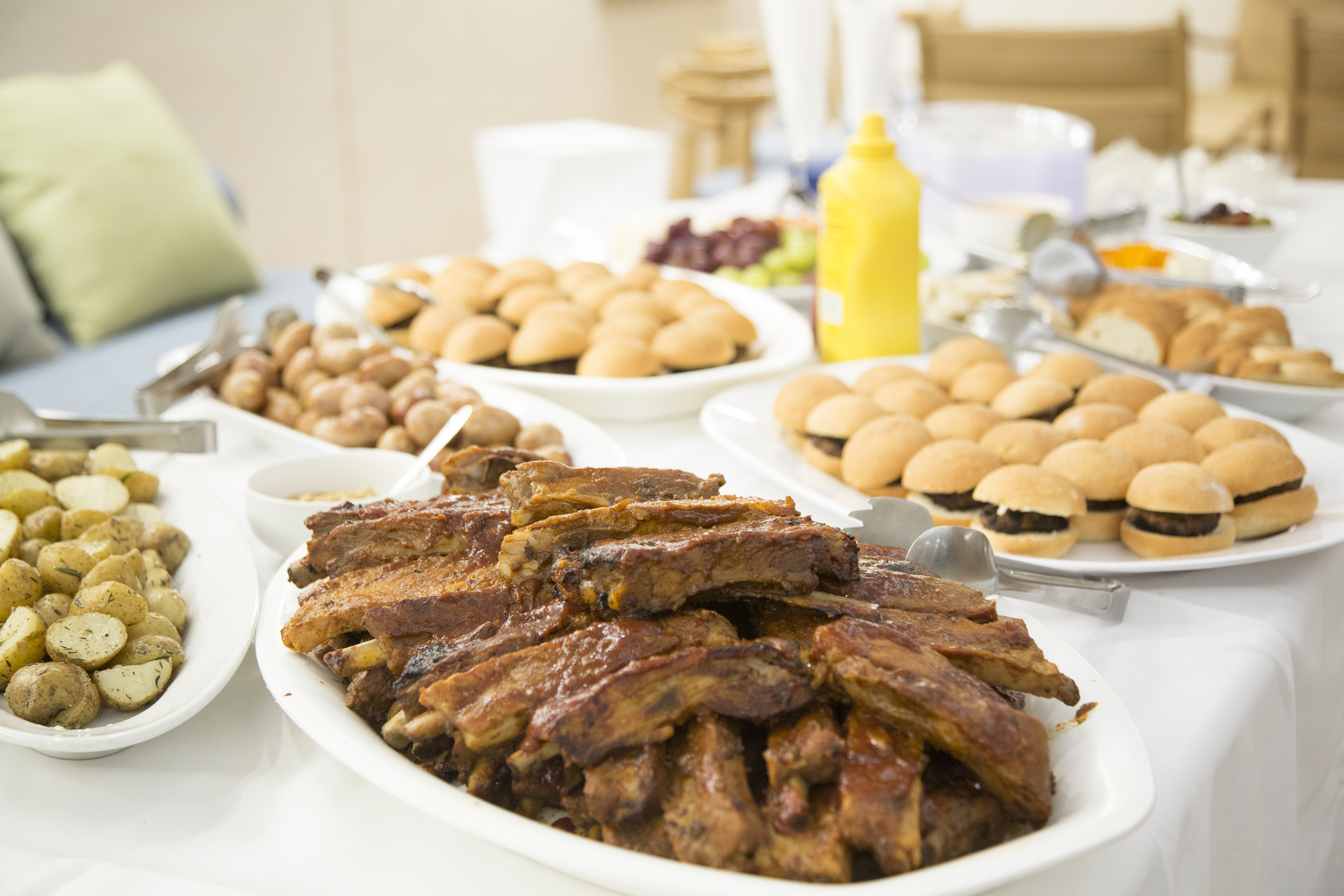 By noon, there was a steadily growing crowd of residents and guests who were feasting on the generous spread, and enjoying beer, wine, and creative cocktails that Soul Food House co-owner David Whitaker had whipped up, using a variety of sakes as a base. There were also soft drinks available for the little ones. 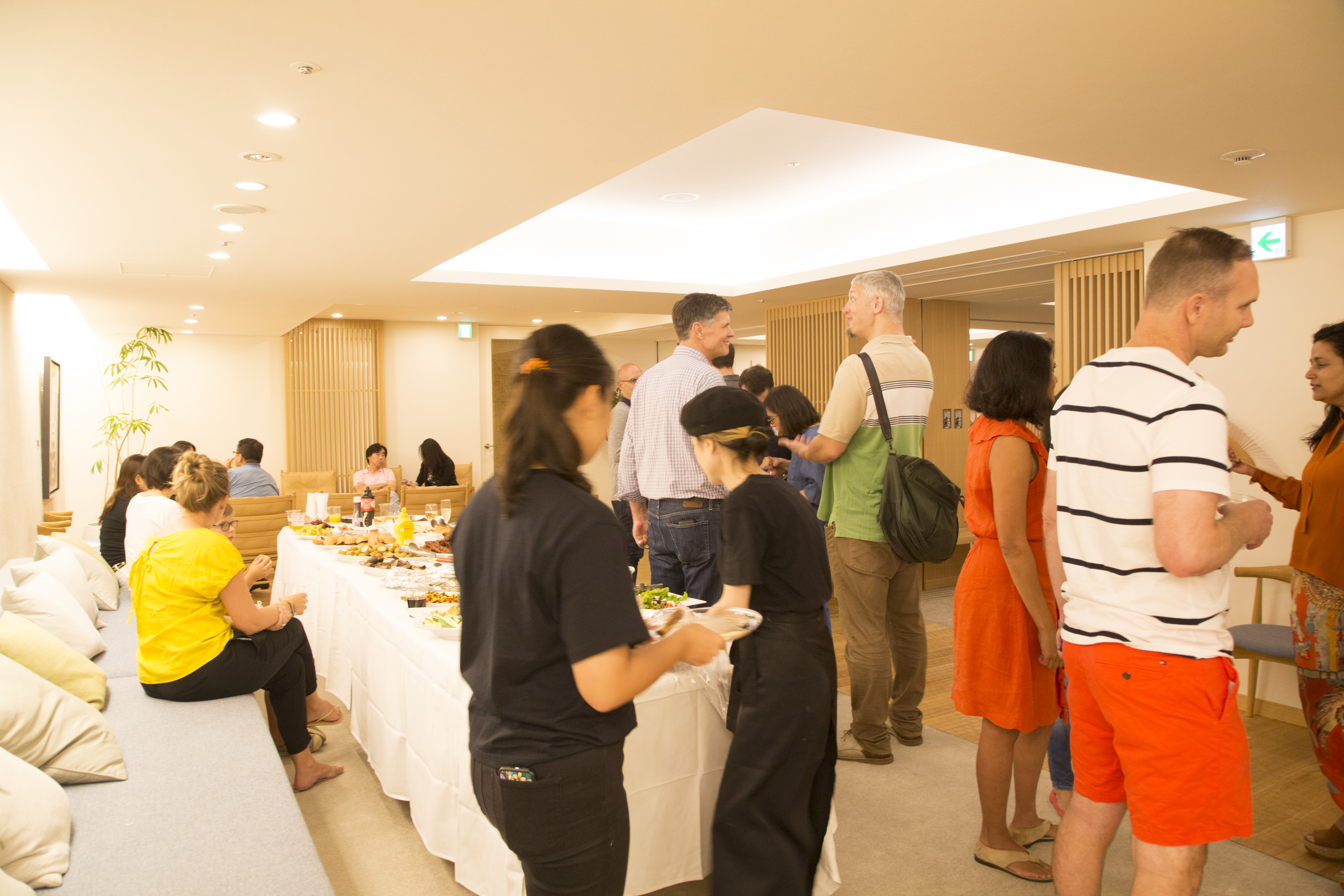 The event was lively and friendly, and drew even more people as the afternoon went on. One thing that struck me was just how international the Azabu Gardens community was. There were residents and guests from around the globe, including Germany, France, Australia, China, and the United States, and the atmosphere was so friendly that you felt like you could strike up a conversation with anyone. There were plenty of children darting merrily through the crowds of adults, enjoying the food and taking turns on the foosball table.

These regular events are a great chance for the Azabu Gardens family to come together, mingle and get to know each other, but they can also be a great chance to learn. In more than one case, I heard new residents getting useful advice from older Tokyo hands about great places to eat and shop, and other tips about how to make the most of their new home. 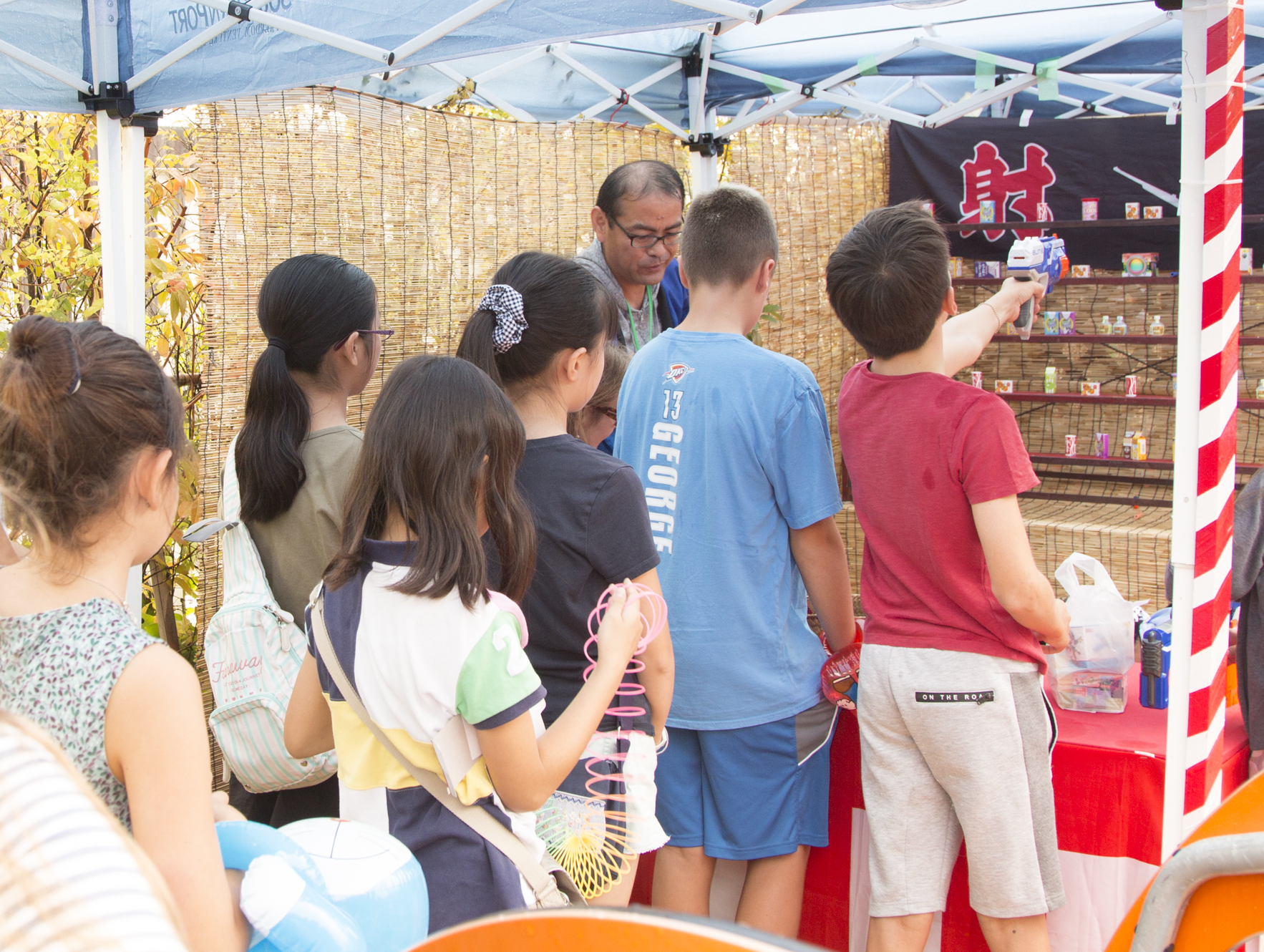 Meanwhile, plenty of children—and quite a few adults!—had found more fun and games to enjoy. Up on the Rooftop Terrace, there were several different en-nichi, or traditional festival games, that had been set up under covered canopies, so everyone could enjoy them, even with the light rain that was falling. The children excitedly tried their hands at shooting galleries, a knock-over-the-cans game, and a mystery drawing box, and happily compared the prizes that they had won.

Between the photo shoot, the delectable dishes, the entertainment for the children—and the chance for the Azabu Gardens community to come together and strengthen their ties—the event was a tremendous success and a wonderful way to spend the afternoon. Here’s looking forward to the spooky celebrations of the Halloween party!