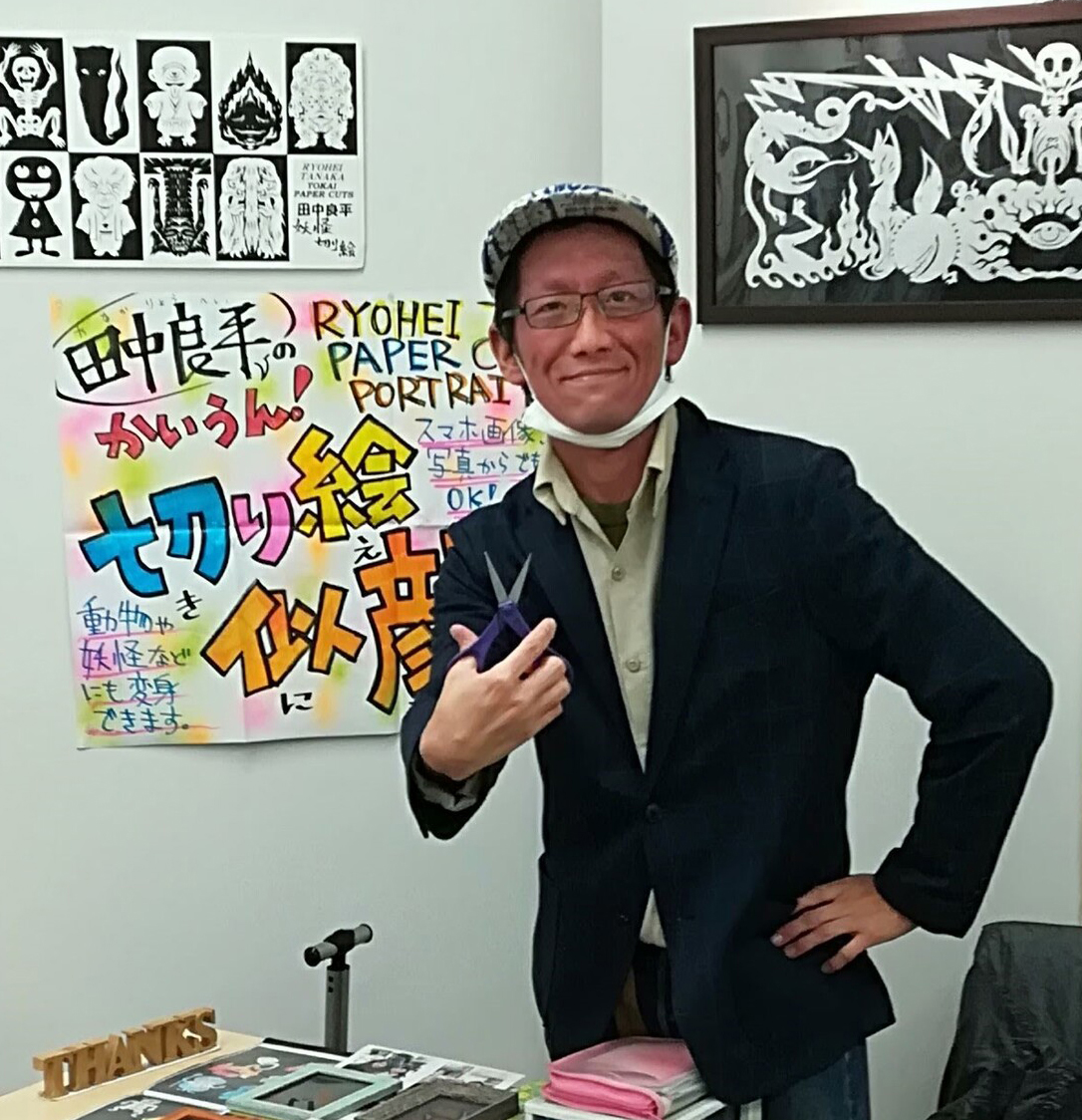 As the Covid-19 pandemic continues, holiday celebrations all over the world looked a little different. For a safe event to start the new year, Azabu Gardens hosted a virtual kirie (Japanese paper cutting) performance. Kirie, which means “cut picture,” first started to be practiced in Japan during the 7th century. Kirie artists create beautiful designs by cutting sections out of a single sheet of paper. There are many talented artists who practice the art, and Azabu Gardens invited the celebrated paper artist Ryohei Tanaka to demonstrate his talents and entertain residents.

With the help of StuartO, the event MC, the guests enjoyed an interactive demonstration filled with smiles and creativity. Having previously hosted an Azabu Gardens bingo event, StuartO was a familiar face, well prepared to work alongside Ryohei for the traditional demonstration. Ryohei made a number of amazing pieces during the event. As well as creating portraits of the guests, he also took requests from participants. 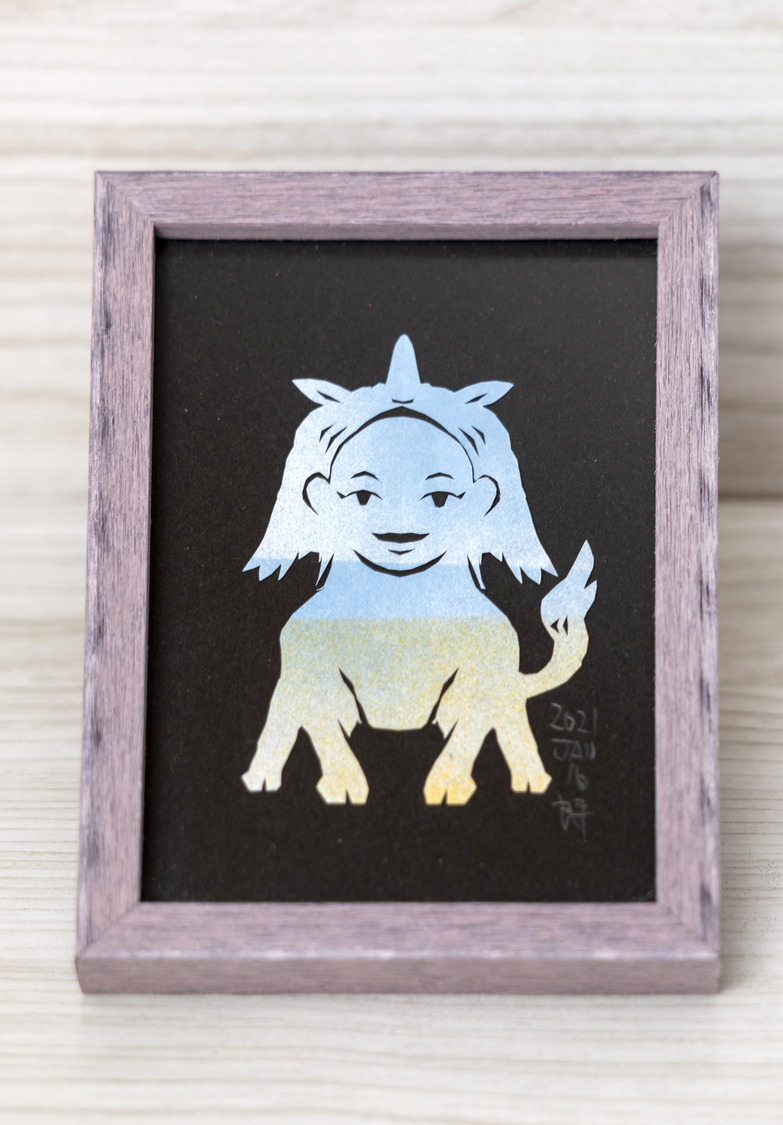 The families who attended requested specific animals for Ryohei to create, ranging from bunnies and elephants to giraffes and even a unicorn. StuartO asked them why they chose those animals, and created special voices for each animal—this led to a lot of laughs! The residents commented on how well Ryohei and StuartO worked together during the event; it was hard to believe this was the first time they had worked together.

StuartO also came prepared with a range of amusing hats, which he donned throughout the event. One of them was a crab, and another was in the shape of an octopus, which inspired Ryohei to make a beautiful paper cutting. Then StuartO put in a request of his own—a French fry hat! Ryohei obliged and put his talents to work on a comical yellow kirie piece. 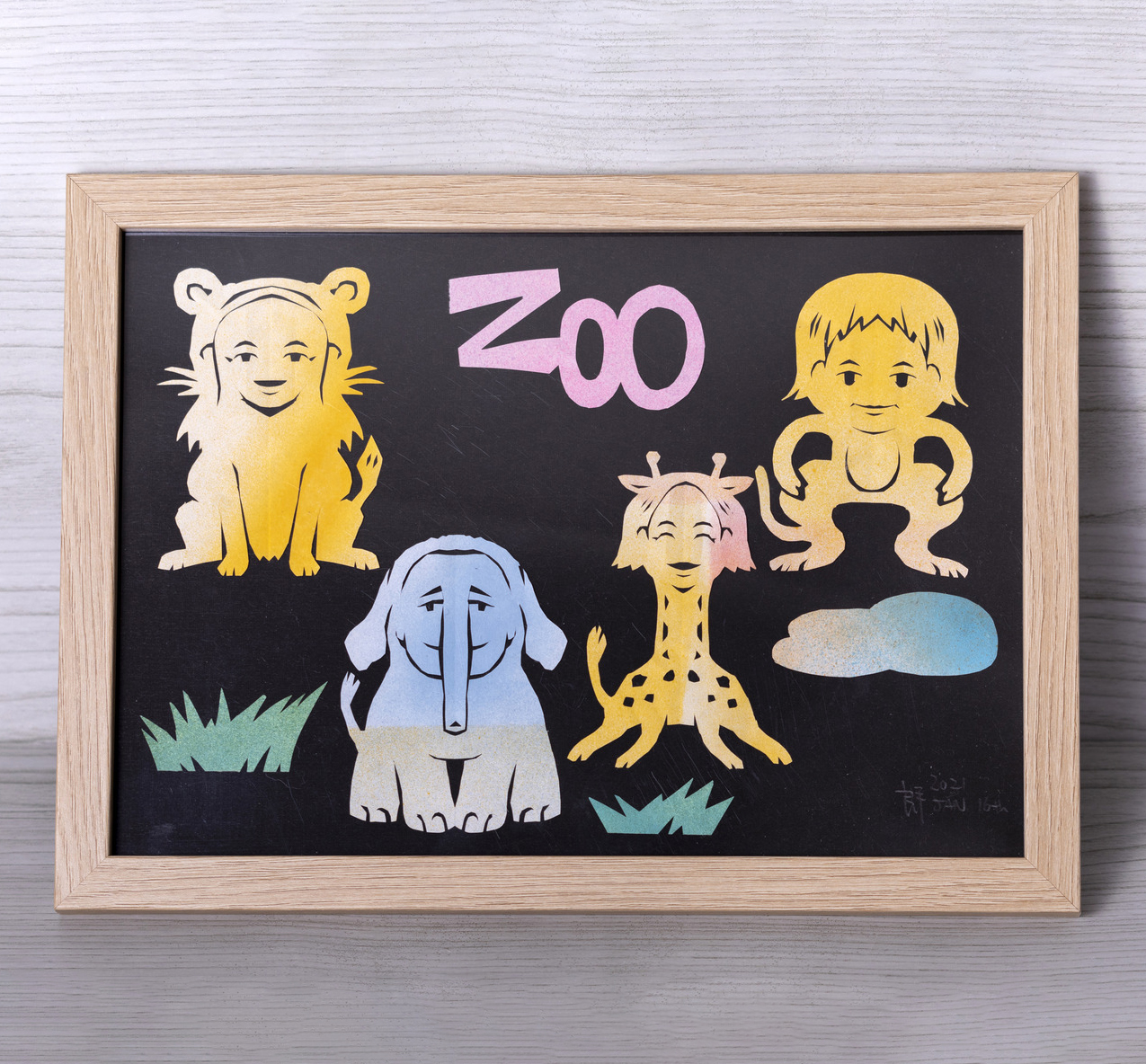 There was a huge variety of paper cuttings made, most of which were animals requested by the residents. Ryohei then displayed a group of them in a small frame, as if they were in their own zoo.

After the event, all of the kirie pieces that the families requested were sent out to them. The residents were delighted with the artworks, and commented on how they would be great mementos of their time in Japan. They also serve as a reminder of the many happy moments they have shared at Azabu Gardens. 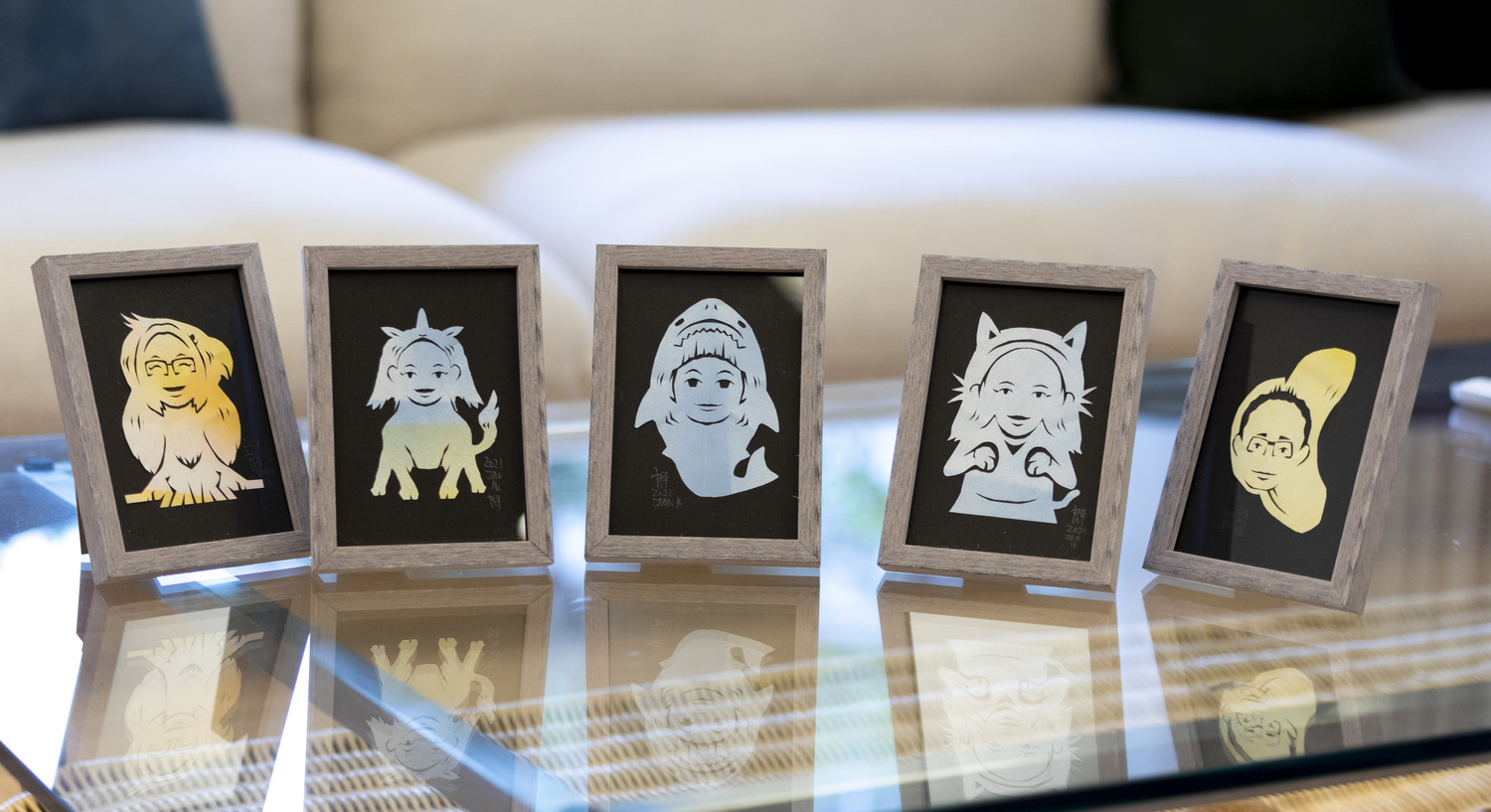